What is Forex Trading?

Forex Trading, also known as the Foreign exchange market, is the marketplace where the exchange of two currency pairs takes place. You will need a currency exchange when you travel from one country to another. A forex trader buys exchange one currency for another, due to which the exchange rate changes depending on the supply and demand ratio. It is a marketplace that runs without any break from Monday to Friday, 24 hours a day. It is an over-the-counter trade meaning that there is no physical exchange of currencies due to its decentralization. A global network of international banks and other financial regulatory authorities regulate this volatile market.

Things to Know About Forex Trading

People Involved in the Trade

Forex trading occurs between institutional traders working for banks, fund managers, and multinational trading corporations. They don’t have physical possession of currencies as they may be speculating about or hedging against future exchange rate fluctuations. For example, a forex trader buys the U.S Dollar as he believes the dollar will show a surge in price and will buy more Euros with dollars in the future. Meanwhile, an American company with European operations will use the FX market as a hedge when Euro shows a price downfall and lowers their earned income.

All currencies worldwide have a three-letter code that denotes that particular currency, like a stock’s ticker symbol. The U.S Dollar is the King of forex trading out of 170 currencies worldwide, and its code is USD. Euro is t second traded currency in the forex market and is accepted in 19 countries of the European Union. Other trading currencies are

Forex trading involves a currency pair like EUR/USD, where one is bought, and the other is sold. There is a total of seven currency pairs making 75% of the total FX trade. These include EUR/USD, USD/JPY, GBP/USD, AUD/USD, USD/CAD, USD/CHF, and NZD/USD.

A currency pair denotes the current exchange rate for the two currencies. Let us take an example of the EUR/USD or Euro to Dollar rate to understand the quotation:

Exchanging currencies is not the sole cause of forex trading; you might trade to speculate about future price movements, similar to stock trading. Forex traders buy the currencies whose value they think will have a heave relative to other currencies shortly. You can trade forex in three ways to accommodate your goals;

Forex trading is a marketplace used to buy and sell currency pairs simultaneously. It is the most active marketplace where traders can invest their money and earn a reasonable profit on their investment. In this article, we have described all the things that a trader must know before entering into this liquid and volatile market. We hope this article will let you understand the forex market.

View all posts by Sneha Shukla → 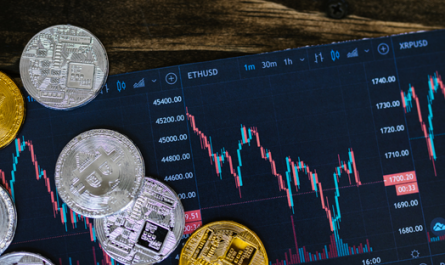 How to save money by renting furniture online

How to Help Employees Returning to Work Post-Injury